Ikeda Junior Choir – About us

In hopes of ringing merry voices of children throughout the richly green city of Ikeda, Ikeda Junior Choir was established in 1995.

We perform with our mottoes, “Put our hearts into our singing.” “Express the joy of singing with your whole body”

We actively perform in events held by the Ikeda city and visit facilities for the elderly.  We have performed on stages such as The Symphony Hall, Izumi Hall, Meilparque Hall in Osaka appearing as partner performer for a musical or performing with an orchestra. Also, in 2011 we have widened our activity area by going on our first overseas concert tour to Shanghai to perform in a cultural exchange program of Japan, China and Korean children’s chorus groups.

In our “Forth Concert” in 2008, we presented a chorus suite, “Hitotsu-no-hoshi” (One Star), for the very first time. We asked composer Mr. Rikuya Terashima to compose this suite and is published by Kawai Publishing. (Click to hear music)

Junior (advanced): Regular Students who are in junior high-schools or older (for those who wish to join), and former members of the Ikeda Junior Choir

A graduate of the Vocal Section of Osaka Kyoiku University in Osaka, Japan
From 1982 to around 1991, she sang in the background chorus of TV and radio programs and performed musical stages, plays and dances in the Kansai area.
Meanwhile, she studied about the musical education of Zoltán Kodály1), Émile Jaques-Dalcroze2), Rudolf Joseph Lorenz Steiner3) and others, and is proceeding with their research about “musical activities which nurture children”.
In 1990, she became a member of a theatrical company “Yama-no-Ongakusya”, and gives performances of musical plays mainly in Tokyo and Osaka, to children in kindergartens, nursery schools, elementary schools and child welfare facilities.
She has worked very enthusiastically on Mr. Hikaru Hayashi’s work as a soprano vocalist, and has performed many concert activities as a member of the group “BANANAN.”
Her performances have captivated numerous audiences with much praise and surprise.
In October 2012, her first overseas performances in Bucharest, Romania ended in a success, her heart warming soprano with her distinguished singing and acting skills, have captivated numerous audiences everywhere she sang.
She was invited to be the conductor and instructor of “Ikeda Junior Choir” of Ikeda-city, Osaka in 1995.
She is now a chorus master and an instructor for the children’s chorus and the female chorus group. In addition she has expanded her conducting for chorus and original staging on stage for choir by using her experiences and skills.
Every year, she instructs more than 250 children in musical education, practicing “art education” which cultivates children’s “heart”, “body” and “voice (wordage)”
KAYOKO SHIBUYA is now the representative of “Ikeda Junior Choir” and “Atelier of Sound Coco25”. She works as a part-time teacher at the Osaka International College. 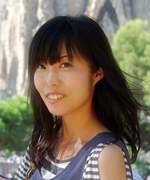 Miku Miyazaki started taking piano lessons from early childhood. She studied under YUKO FUKUDA, TOMIKO YUBA and YOSHIKO IMAOKA. She also took lessons from the late MIDORI KATAOKA and YUKIO YOKOYAMA.
She has performed as a soloist with the Osaka-Euphony Orchestra.
After graduating from the Faculty of Business Administration, Kobe University, she was strongly influenced by the musical world of KAYOKO SHIBUYA, and has studied Musical Education and Music Instruction under Ms. Shibuya. She trained at “Atelier of Sound Coco25” and she has devoted her attention to teaching there, for piano and rhythmic classes, until 2009. She became a pianist for Ikeda Junior Choir from 2004.
In 2012, she performed as a piano accompanist for a duet concert at the George Enescu National Music Museum (Bucharest). Currently, she teaches piano in Toyota City, Aichi Prefecture. 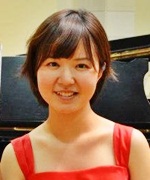 ERI FUKUYAMA has graduated from Osaka Kyoiku University, the Department of Education, in the Music Course of Teacher-Training Course. She is currently attending Osaka Kyoiku University, Graduate School of Education, and studying in Vocal Music Course of Music Education. She started taking piano lessons at the age of five and in the past, she has studied under YUMI ASANO and YUMIKO GOTO. She started singing from her third year of high school. In graduate school she specializes in Vocal Music and conducts studies on Children’s singing. She studies under NOBU YAMADA and TADASHI TERAO.